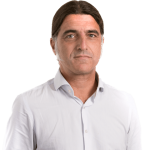 Michael is a Principal Lawyer at Slater and Gordon. He was admitted as a lawyer in 1994 and joined Slater and Gordon soon afterwards. Michael has more than 20 years’ experience across the firm’s workers’ compensation, union and employment practices.
Michael uses his skills and experience to help trade unions and their members through workplace struggles. He is keenly aware that the work environment is a very significant part of most people’s lives. Michael believes that it is important to ensure that workers are able to negotiate effectively and respond when their rights are under threat.

Michael is a diligent and compassionate lawyer who will fight to get his clients the best solution. It means a great deal to him to be able to resolve workplace disputes and achieve a measure of justice in a system that often disadvantages trade unions and their members.
The opportunity to ease the burdens and anxiety faced by my clients in the midst of their disputes is what matters most in my work.