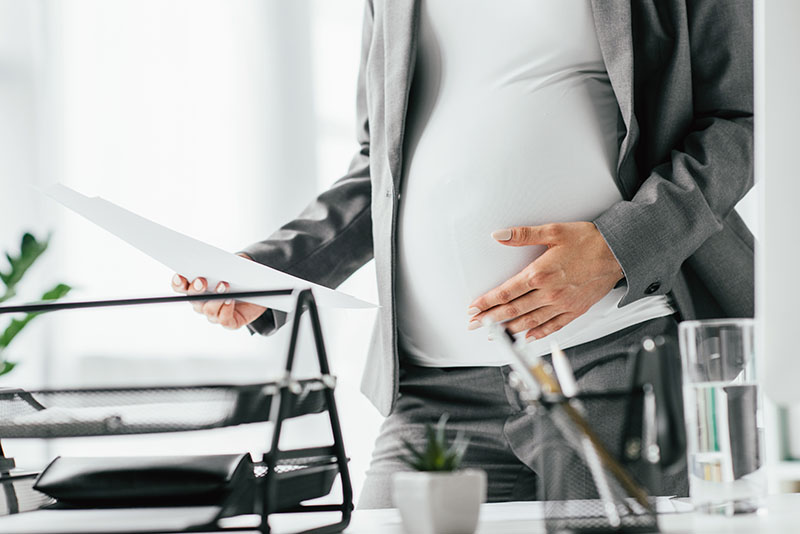 We regularly receive calls from women who have been posted to the UK and have been informed that their role is ‘redundant.’ Within a short call, it becomes apparent that there is no real redundancy situation. The reality is these women have been unfairly dismissed and discriminated against either because they are pregnant or because they have, or are planning to, take maternity leave.

Women are at particular risk of unfair redundancy during pregnancy and on return from maternity leave.”

The current legal framework is insufficient to protect these women from such unfair redundancies during pregnancy and maternity leave, and shortly after they return to work. The Government has recognised this. It has consulted on extending protections and has now announced that it will indeed do so. See further below.

It will come as no surprise to many that some employers view pregnancy as an inconvenience to their business. Others assume that a woman will not return to work after her maternity leave, and therefore, they should take steps to manage her out and get a replacement. We regularly hear of employers who consider the commencement of maternity leave as a trigger to assess whether a role is really needed.

Returning to an “At Risk of Redundancy” Notice

For those women who are not made redundant during their maternity leave, they are often met on their return to work with an ‘at risk of redundancy’ notice. This is very often the result of persistent negative attitudes towards new mothers and their perceived lack of commitment to work.

Many of the women we advise are currently on maternity leave. They describe situations where their employers have clearly decided they prefer the maternity cover and are now trying to create a redundancy situation to push them out of the business.

Some employers think that by labelling a dismissal a ‘redundancy’ they can dismiss without being accused of discrimination.”

The Current Law on Redundancy During Pregnancy or Maternity Leave

Currently, if a redundancy situation arises, a pregnant woman or a woman on maternity leave should take part in a redundancy consultation and/or selection process.

Pregnant women are protected against pregnancy discrimination under the Equality Act 2010. However, if they are selected for redundancy, they do not have the automatic right to be given an available suitable alternative role to avoid being made redundant unless they are on maternity leave (see below).

Presently, only during maternity leave, do women have what is called ‘Reg 10’ protections. This requires a woman’s employer to automatically offer her a suitable and available alternative role if she is selected for redundancy, without an interview or competitive selection process.

The Government’s Response to the Recent Consultation about Extending Rights

As set out above, the current protections apply only to women on maternity leave. Following a consultation, which Slater and Gordon responded to, the Government has now announced that it will extend that period from notification of pregnancy (whether orally or in writing) through to six months after the woman returns to work.

We agree with this, and here is why.

Overall, we consider that taking extended periods of leave from work leave women much more vulnerable to redundancy in the period after returning from maternity leave.

Women who have taken maternity leave are much more likely to be disadvantaged when competing for roles, due to having taken a long absence from the workplace and not having been in the loop with communications and developments.

This additional protection will help women progress their careers following maternity leave. Employers will also benefit in that female talent is more likely to be retained, which in turn may also positively impact the gender pay gap.

The Impact of a Dismissal During Pregnancy or Maternity Leave

Women who are dismissed and find themselves seeking new employment during their pregnancy or with a young baby, especially if they have been posted to the UK by their employer, find it extremely difficult, if not impossible, to secure a comparable job with similar pay and career prospects. Often these women take a pay cut, are forced into part-time work, stall or end their chosen career, or take a lesser paid role.

Many women encounter problems and considerable disruption to their maternity leave when a redundancy situation arises whilst they are away from the workplace. An added pressure for women on maternity leave comes from the fact that they are usually communicating with their employer, often about complex legal issues, remotely, rather than face-to-face.

Many of the women we speak to worry and complain that their calls and emails are not returned or that they have been excluded from important announcements and updates altogether.”

For some women, being on maternity leave and, therefore, not physically present in the workplace means that they are not included in the redundancy process or restructure of a business at all and only find out that their role has gone when they contact their employer or when they return to work.

While women have the right to take action if they encounter discrimination, very few women do so while pregnant or on maternity leave. Pregnancy and new motherhood place significant demands on women’s physical and mental health, their time, and financial resources. These are real deterrents from pursuing legal claims even where they have a strong case. The same applies to grievances and internal procedures.

When protections are extended, we consider that more women are likely to take action if they do encounter discrimination relating to redundancy.”

There are strong grounds for extending ‘Reg 10’ protections to shared parental leave and adoption leave. The Government has agreed and will extend protections going forward. For adoption leave, this will broadly mirror the protections connected to maternity leave. As for share parental leave, the arrangements (and indeed the legislative framework) are much more complex, and so whilst the Government has agreed to extend protections, it is now considering developing the design of this new protection. The practical and legal differences between shared parental leave and maternity leave mean that it will require a different approach. The Government considers that the period of extended protection should be proportionate to the amount of leave and the threat of discrimination.

All parents, irrespective of their sex, may face the same disadvantages in a redundancy situation when returning to work after an extended period of time spent caring for their child/children.

What More Can Be Done?

Monitoring Improvements: We support the recording and publishing of retention rates for women returning from maternity leave. This could tie in with existing gender pay gap reporting obligations in terms of timing and processes.

Extending Employment Tribunal Time Limits: Extending time limits for lodging claims is essential for anyone who is pregnant or on maternity leave.

In our view, rather than just extending the time limit from 3 to 6 months, for those women, the clock should stop from the date of any act of harassment/discrimination until the date the individual’s maternity leave ends and/or would have ended had their employment not been terminated at an earlier date. This will enable more women to access justice and provide a stronger deterrent for employers contemplating unfair and unlawful treatment of pregnant women and new mothers.

The time limit for lodging claims must also be extended for women who are pregnant or on maternity leave.”

The Government has agreed to consult on this matter.

If you are working in the UK or have been posted in the UK by your employer, and would like advice and guidance, please contact us.