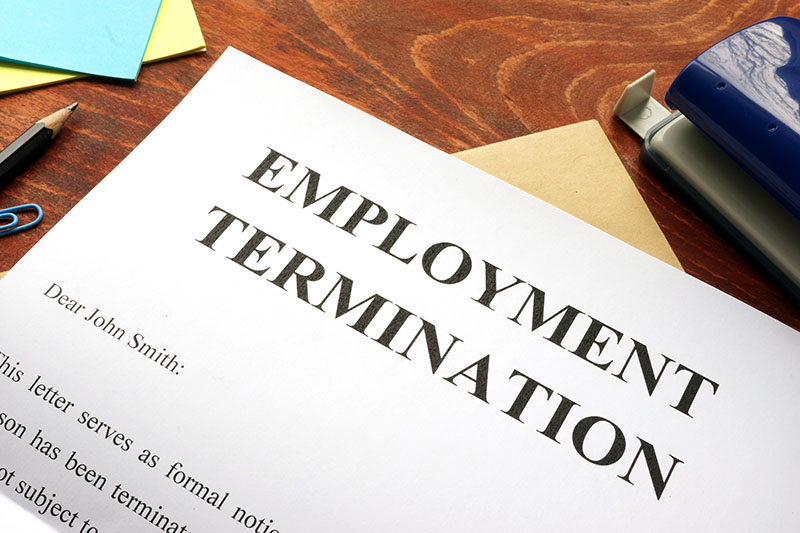 In Canada, the terms of employment are governed by contract law. If there is no written contract of employment, then contractual terms may be implied from the common law. One of the key clauses, or non-clauses, is the employee’s entitlements upon termination of their employment.

You should also note that statutory entitlements upon termination vary from province to province and are also different if the individual’s employer’s labour relations are governed by federal statutes. We focus below on the entitlements of individuals employed in Ontario and not in the federal sector.  Although a dismissed employee’s common-law entitlements are roughly comparable for employees in nine of the provinces and in the federal sector, they are not the same in the Province of Quebec.

Each province and the federal government has its own legislation setting out minimum employment standards. Employers in banking, transportation, the federal public service, and others, are regulated by the Canada Labour Code, which protects employees against dismissal without cause and requires employers to provide reasons for dismissal in all cases. Most sectors are provincially regulated.

For these reasons, and many others, it is important for an individual to obtain legal advice both at the time of accepting employment in Canada and at the time of the termination of their employment.

And we start off with the usual disclaimer – we are not providing legal advice in this article and you, or your client, should always seek the advice of a lawyer to address particular situations.

1. Employees dismissed for ‘just cause’ are not entitled to any notice or payment in lieu of notice

An employee may be terminated at any time for just cause, in which case there is no entitlement to advance notice of termination, compensation in lieu of notice, or severance pay. The onus of proving just cause lies with the employer. It is generally difficult for an employer to establish just cause, unless there is strong evidence of serious misconduct such as fraud, significant breaches of employer policies, insubordination, and so on.

2. Employees may be dismissed “without cause” if adequate notice (or pay in lieu of notice) is provided

The employment of non-unionized employees in Ontario – with the exception of employees in federally regulated workplaces[1]  – can be terminated at any time, even if the employer does not have just cause or any cause whatsoever. In that situation, the employee is entitled to a period of advance notice, or compensation in lieu of notice, and in some cases statutory severance pay. The period of notice depends on a review of the employment contract, the employer’s personnel policy, if any, the relevant statute (the Employment Standards Act, 2000 in Ontario), and the common law.

3. Statutory notice and severance under the Employment Standards Act, 2000

Non-unionized employees at provincially regulated employers in Ontario benefit from minimum standards for notice and severance pay in the Employment Standards Act, 2000. The number of weeks of notice and severance pay (if applicable) is based solely on years of service. Briefly, an employee is entitled to one week of notice for each year of employment to a maximum of eight weeks. If an employee is entitled to statutory severance pay (this depends on factors such as the size of the employer), the entitlement is one week of severance pay per year of service, to a maximum of 26 weeks.

4. Unless the contract expressly limits the entitlement to the statutory minimum, the employee is entitled to reasonable notice at common law

5. Reasonable notice at common law is contextual and based on what courts have awarded other employees in “similar situations”

Courts have held that the determination of a common law reasonable notice is more of an art than a science. It is based on a comparison of an employee’s situation with prior court decisions involving employees in similar situations. Relevant factors include age, years of service, duties and responsibilities, salary level, and other factors that might be unique to the employee (e.g. an inducement to leave an established employment relationship to take the job, particular difficulties in finding new employment after dismissal, etc.). In the past courts sometimes referred to a general rule of one month of notice per year of service, but that approach has been rejected in favour of a contextual approach in every case and is never followed in the situation of a short service, older employee.

6. An employee’s right to common law reasonable notice is subject to the duty to mitigate, unless it is a fixed-term contract

7. Wrongful dismissal claims are typically brought in the courts

8. If discrimination is involved, an employee may claim human rights damages in court or at the Human Rights Tribunal of Ontario

The Human Rights Tribunal of Ontario is a specialized administrative tribunal with jurisdiction to apply the Ontario Human Rights Code. If there are issues of discrimination under the Code as part of the dismissal, an employee may decide to pursue a complaint at the Tribunal instead of in the courts. The Tribunal can also award damages in lieu of reasonable notice and, unlike the courts, has the jurisdiction to order a wider range of human rights remedies, including the reinstatement of an employee.  If the employee pursues a wrongful dismissal action in court rather than at the Tribunal, the employee may still seek human rights damages.

9. Just because the employer is a Canadian company doesn’t mean you have to bring your action in Canada

10. Bottom line: negotiate the contract at the time of hire/relocation

[1] As noted, employees in sectors where the federal government has jurisdiction are entitled to reasons for dismissal under the Canada Labour Code. The majority of employees work in provincially-regulated sectors which are subject to employment standards legislation in each of the provinces.