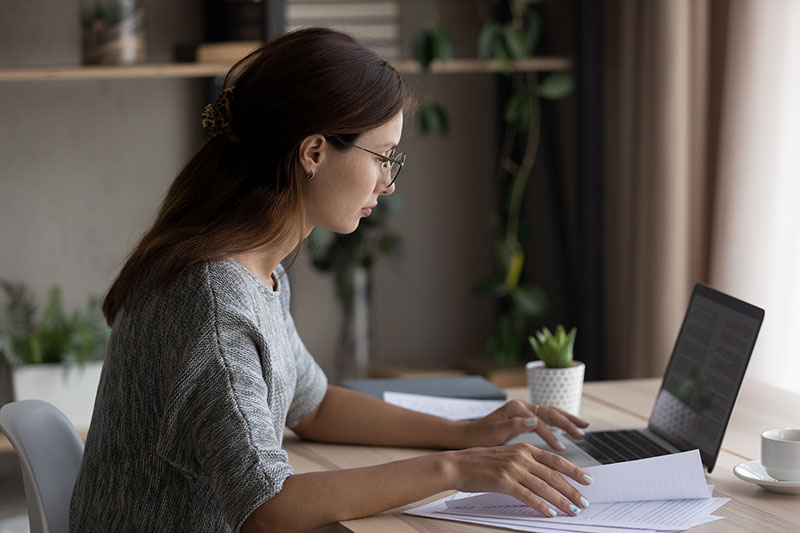 Teleworking is likely to become much more common following the increase in telework since the beginning of the COVID-19 pandemic. However, more extensive telework poses complicated threats to workers due to blurred work-life boundaries, extensive screen time, and a lack of social support found in office environments.

This emphasizes the importance of introducing “right to disconnect” initiatives to avoid large segments of workers being at risk of physical and emotional exhaustion.

Overview of the Uptick in Remote Work

According to estimates by the Eurofound (European Foundation for the Improvement of Living and Working Conditions), nearly 40% of workers in the EU began to work remotely due to the pandemic in 2020, with the percentage of remote workers growing nearly 34% compared to 2019.

As of September of 2021, even after many workers have returned to in-person work environments, a recent Eurofound survey found that nearly 48% of respondents have continued to work remotely at least part-time. While this transition to a more flexible approach to work has a number of documented benefits, such a style demands consistent and prolonged use of technology, posing several risks to the physical and mental wellbeing of workers and highlighting the need for legislation protecting the rights of remote workers.

Mental Health Risks Associated With Technologies in the Workplace

Numerous studies have investigated the impact of technology on workers’ mental health, pointing to feelings of isolation, fatigue, and dependency on devices as a result of prolonged use. These psychological effects associated with teleworking stem mainly from the inability to ‘unplug’; that is, the challenge to separate oneself from work and technology in the absence of a physical work environment. Among the most common mental health risks include (but are not limited to):

The concept of ‘techno-addiction’ refers to the compulsive and excessive use of technology. Given the lack of distinct home and work environments and the regular use of technology in both work and personal contexts, over one-fifth of teleworkers in the Eurofound survey (24%) reported working during their free time, compared to 6% of those who worked only at the employer’s premises or locations outside the home.

Remote workers have also reported increased levels of anxiety related to the consistent use of technology. Some may struggle to “unplug” from work due to their constant access to personal devices, which may increase stress and anxiety levels. This overlap between work and home life places has been found to increase feelings of pressure and burnout among workers, with high stress and anxiety levels about workload reported to be the second strongest negative association with telework after headaches and eye strain.

Using new forms of online surveillance on teleworkers also results in increased stress and anxiety levels. When associated with intensified surveillance and monitoring of work, technology may reduce feelings of autonomy and privacy, lead to greater work intensification, and blur the boundaries between work and personal/family life, all of which increased anxiety levels among respondents. The same study found that 41% of workers carrying out high levels of remote work reported high stress and anxiety levels, compared to just 25% of office workers.

In the absence of social support networks offered by in-person work environments, feelings of isolation and depression have worsened among 22% of EU workers.

Social networking, messaging, and video conferencing have also been found to provoke isolation from family and lead to greater time spent on work-related activities outside of one’s designated working hours.

According to the UK’s Office for National Statistics (ONS), the proportion of adults likely to be experiencing some form of depression almost doubled in June 2020 (19.2%) as opposed to (9.7%) before the pandemic. The main reasons for these effects often stem from the utilization of technology rather than the nature of technology itself; technology usage for prolonged periods is a causal factor in developing techno-stress and techno-addiction.

Physical Health Risks as a Result of Technology

Besides physical risks such as eye strain or posture problems, ‘techno-stress’ and techno-addiction pose threats to a worker’s physical health, as time spent in front of a screen can limit time spent sleeping, exercising, or preparing nutritious meals.

The Eurofound survey reports that teleworkers are more likely to report sleeping disorders: 42% of home-based and highly mobile TICTM workers report such problems compared to 29% of workers based at their employer’s premises.

Prolonged sedentary behavior also increases the risk of health problems, including musculoskeletal disorders (MSDs), visual fatigue, obesity, heart disease, etc. The lack of ergonomic furniture and insufficient space (for work) at home are associated with higher levels of headaches and eyestrain. Problems associated with improper equipment include small or reflective displays which may harm eyesight; small keyboards which may increase eye strain; and fixed screens or keyboards whose positions cannot be adjusted. These issues may cause poor posture and may also increase the risk of developing musculoskeletal disorders (MSDs), especially MSDs of the upper limbs, neck, and back.

Employers should therefore inform workers about ergonomics issues through proper training to support workers to adjust their working arrangements to prevent MSD.

Populations That May be Particularly Impacted by Telework

Telework has been reported to impede upon time typically devoted to family, and remote learning models adopted in 2020 have complicated workers’ abilities to divide parental and professional responsibilities. In a 2021 study by the European Parliament (Policy Department for Economic, Scientific, and Quality of Life Policies), it was noted that women with children reported greater adverse mental health effects due to greater work intensity and longer working hours associated with remote work working, largely related to the pause on in-person classes and the added stress of caretaking responsibilities during working hours. Similarly, of the Eurofound survey respondents with families, 34% of respondents with children under 12 reported feeling that their job prevented them from giving time to the family or properly caring for children at home during working hours, compared to 16% of respondents who have no children under 17 and 21% of respondents with children aged 12–17.

Such research shows that teleworking poses unique challenges for parents that may need to be addressed by legislation. To overcome the challenges faced by parents who struggle to divide caretaking and professional responsibilities during the COVID-19 crisis, Italy provided a “babysitting bonus” for smart workers to cover the costs of care services. However, the latest regulatory provision no longer provides it for smart workers, creating many critical issues for workers who have continued to work from home.

While telework is currently not regulated at an EU level through hard-law mechanisms, several directives and regulations put forth before the COVID-19 pandemic address issues related to the working conditions of remote workers.

The Right to Disconnect: Examples From EU Member States

Even before the pandemic, many EU countries have tried to counteract negative physical and psychological effects workers may experience due to teleworking. Specifically, regulations on the “right to disconnect” have sought to establish a clearer work-life balance by setting forth expectations that a worker should not need to work outside of predetermined working hours.

France was the first European country to introduce the right to disconnect through a provision in the new Labour Code in 2016. Countries that have not established legislation on the right to disconnect have alternate provisions similarly intended to enforce compliance with legislation on working time. For example, German legislation establishes that teleworking agreements comply with the Hours of Act. Thus, a telework agreement should oblige employees to provide documentation of the working hours performed daily to ensure employees are not working beyond the predetermined hours or working beyond the legally established limit on working time.

The continuation of the use of smart working requires both legal and psychosocial changes, with training on the correct use of technology representing a “soft” alternative to stricter legislation.

Regulating Telework Post-COVID in the EU

The rise in remote work as a result of public health regulations has accelerated trends towards increasingly digital work environments, with many employers still choosing to offer the option of remote work even after many restrictions preventing in-person work have been lifted. As such, since February of 2020, several legislative actions at the EU level have been taken to protect the rights and health of current and future teleworkers:

The implications of remote work for work intensity, work-life balance, and health and safety can be addressed by applying or revising many EU regulations and policy instruments already in place. By utilizing these existing regulations to address the specificities of telework arrangements, the risk of overlapping regulations and promote a better balance between hard and soft intervention approaches, including collective bargaining and supportive policies.

Worker health and safety have also been considered regarding issues relating to employer liability in teleworker work accidents:

Approaches such as France’s may be even more beneficial to worker protection because this presumption relieves the worker from the responsibility of proving the accident occurred in a professional context.

Cristiano Cominotto is the co-founder of AL Assistenza Legale and has been practicing law since 1997. He also co-founded Law Talks.it, the first online video magazine in Italy for lawyers and companies, and is an active member of the LINEE Network for employees and executives. Cristiano actively serves as Co-Chair of the Tax and Legal Chapter of the British Chamber of Commerce for Italy and as Co-Chair of the Outreach International Committee of the American Bar Association. His work has been recognized by the Financial Times and has received several international awards.

Lilly Evans-Riera is a student from Seattle, Washington, and is a BA candidate for public health and political science at Santa Clara University. She is currently working under Cristiano Cominotto while studying in Italy and assisted in developing this report.