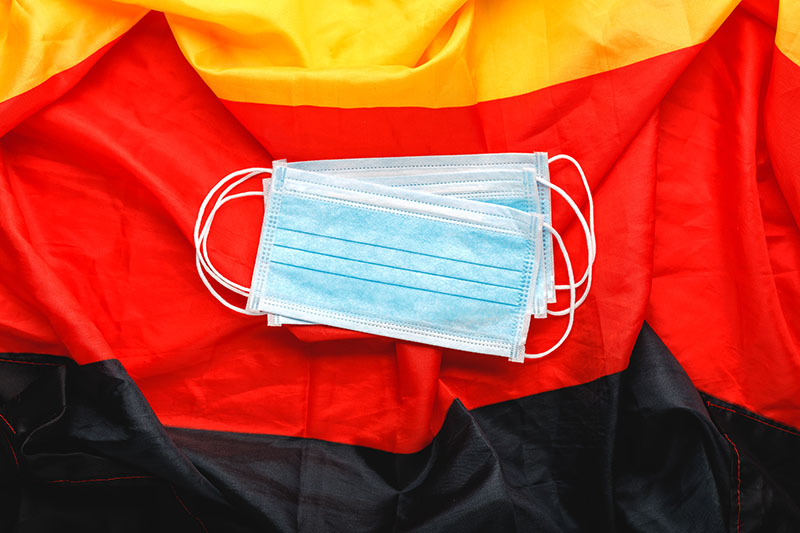 During the last economic crisis in 2009, Germany was already respected worldwide for its crisis management and its approach to short-time work benefits (“Kurzarbeit”) specifically. The co-determination regulations on Kurzarbeit significantly helped Germany overcome the emergency like no other country, and it laid essential foundations for post-crisis economic growth.

Short-time work was a vital factor in Germany’s ability to weather the 2009 economic crisis and gather crucial resources to bounce back. Because of this positive experience, the German government has not hesitated to turn to Kurzarbeit during the COVID-19 pandemic to relieve small and medium-sized enterprises that continue to face financial hardship. To this end, the federal government has lowered formal hurdles to the introduction of short-time work and expanded its room to maneuver.

Temporary compensation for the loss of work through short-time work can be considered if there is a sales crisis, a shortage of orders, or an unavoidable event that can lead to a loss of work.

I. Structure of Short-Time Work

There are two basis legal aspects of Kurzarbeit to promote German labor.

The first involves a temporary reduction in weekly working hours and a proportional decrease in pay. The other aspect revolves around social insurance. It ensures proportional compensation for the temporary loss of pay by granting short-time allowance and giving employers an option with two primary advantages.

On the one hand, the employer can intervene in the contractually-regulated employer-employee relationship by reducing working hours, which is only possible as an exception under the Part-Time and Temporary Employment Act. On the other hand, the employer and employee share the company’s operational risk: the company mitigates its lost revenue by providing social benefits, while the employee must exist on a considerably small income.

The right to implement Kurzarbeit is governed by the employment contract, under an applicable collective bargaining agreement, or with the agreement of the works council. Section 87 (1) no. 3 BetrVG requires the works council to participate based on its right of co-determination, which is necessary for effectively implementing short-time work.

The employment contract or individual supplementary agreements for specific occasions must provide for the unilateral reduction of working hours, as initiating Kurzarbeit materially interferes with the contractual exchange relationship. Company agreements may be a preferable alternative because they directly apply to the employment relationship without being subject to general terms and conditions control. The agreements can be implemented vicariously with only one negotiating partner. Vacation entitlements can only be effectively credited to “zero” in the case of short-time work. The principle of equal treatment to ensure fair and equal treatment of employees must also be observed.

The social security aspect of Kurzarbeit is regulated under §§ 95 ff. SGB III. Short-time allowance is a benefit of active labor promotion, one of the few benefits in this area that is not discretionary. The applicable regulations have already been modified. The purpose of the new rules is to facilitate access to short-time work for companies.

Granting a short-time allowance depends on five conditions, separate from the relief provided by the ordinance. These are also regulated by §§ 95 ff. SGB III.

Loss of work does not mean personal financial loss. Instead, the loss must be caused by economic reasons that include, in particular, a severe crisis (currently, the pandemic) or another unavoidable event.

Also, the loss of working hours must only be temporary, meaning that an employee is expected to return to full-time work within a maximum of 12 months. In principle, there is an exclusion here to the reduction in personnel. However, that exclusion only applies when Kurzarbeit is implemented. If the actual circumstances change significantly during the short-time work period, a termination for operational reasons may also be socially justified during that period, as long as the reasons are different.

Finally, the loss of working hours must also be unavoidable, such as when the loss is predominantly customary in the industry, business, or season, or it is for organizational reasons exclusively. The loss of working hours is also avoidable if it can be offset by paid vacation, provided that the timing of the employees’ vacation does not conflict with this (for example, if the planned vacation has already happened).

A classic example of an unavoidable event is a natural disaster (including a pandemic) and its consequences, such as daycare and school closures or official measures. The KugV leaves this question open and shifts this determination to the labor administration. The Federal Employment Agency has applied the rule to the current outbreak, recognizing official measures associated with the coronavirus as unavoidable events.

This requirement stipulates that the employment relationship must be uninterrupted and unbroken, and that the employee may not be excluded from receiving the short-time allowance.

Exceptions to the exclusion mandate include, among other reasons, further training, a marginal employment relationship, or receipt of sick pay.

Employees made redundant may be denied the short-time allowance because they can terminate their employment without notice if a reduction in pay occurs and thus claim unemployment benefits. Employers and employees who have agreed on a contractual termination before the introduction of Kurzarbeit are excluded from the short-time allowance. This is because the function of employment promotion can no longer be fulfilled in these cases.

The loss of work must be reported to the relevant Employment Agency in written or electronic form, and there is an online form for this purpose. In principle, entitlement to short-time allowance begins at the earliest in the calendar month in which the agency receives this notification. The description should connect the loss of work to the economic reason or unavoidable event. In the context of a pandemic such as the “Corona-crisis,” this will easily be justifiable as a sufficient reason and clarified by the legal ordinance in two cases.

The employer must apply for the short-time allowance promptly, meaning that the agency should receive the application no later than three months after the end of the payroll month. Due to the large number of applications already received, the Employment Agency has improved its online presence.

The short-time allowance is generally granted for a period of up to 12 months. The current legislation did not change this. It remains to be seen whether the short-time working regulations introduced in the wake of the pandemic will be extended, particularly regarding the intended duration. The extended authorization is valid until December 31, 2021, and would leave room for this. Control by the state proved its worth during the last economic crisis in 2009, so the lessons learned there would undoubtedly be taken into account in the current crisis.

Finally, consideration is given to special situations that often cause difficulties for the employer.

When a worker becomes ill during short-time work, a special regulation applies, with two qualifications. First, the employee may have gotten sick before the start of the short-time allowance entitlement. The entitlement is subject to normal continued compensation for the hours worked and sick pay in the amount of the short-time allowance while the employee is absent from work. If the entitlement has expired or did not exist from the beginning, the time at work and the time away from work are treated equally, meaning that the standard sick pay is calculated based on the regular pay before the illness.

German law offers no rules for when an employee is quarantined while on short-time work. If the quarantine was government ordered, the worker may claim lost earnings deemed to be the remuneration to which the employee is entitled for regular work hours equal to net pay (after deduction of taxes and social security contributions). The amount shall be increased by the short-time pay to which the employee would have been entitled if he had not been quarantined.

COVID-19 continues to pose challenges throughout the German labor force, both for employees, employers, and the federal government. We will continue to monitor developments and provide information through the end of the pandemic – and after.