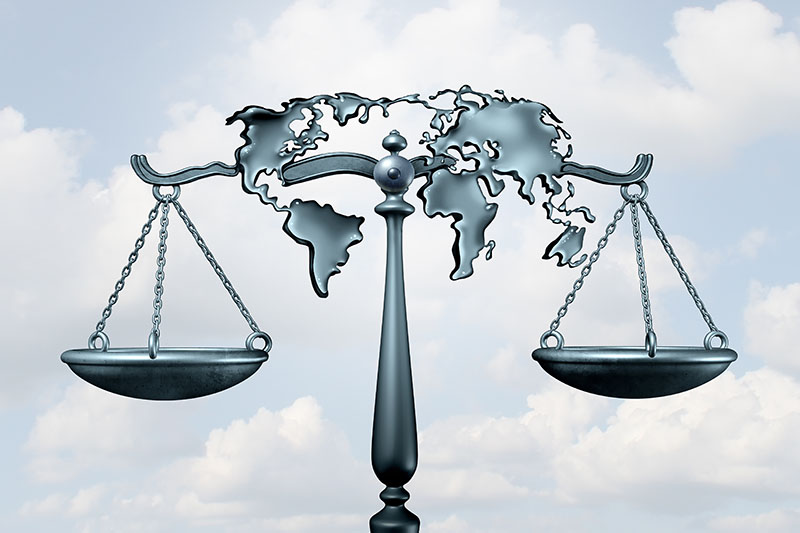 Executive expatriate or secondment assignments offer career advancement, cultural awareness, and global business perspectives. Like any other work environment, employer-employee disagreements arise, and when issues cannot be resolved amicably, the parties may resort to formal litigation.

But as companies expand, relocate, merge, acquire, restructure, and divest, where to litigate workplace disputes and under what countries’ laws can change, contrary to provisions that many have been spelled out in an executive employment contract. For the expat, understanding enforceability, choice of law, forum, and venue is essential when weighing one’s options for seeking redress in the courtroom.

Every employment agreement should have a provision binding both the employer and expat employee to the specific sovereign law that will be applied if a dispute occurs. Sometimes, a single choice-of-law provision may govern all aspects of the expatriate agreement. In others, different national, state, provincial, or local laws may govern different clauses in the contract. Much depends on the governing law in the host country regarding a particular issue, and under what circumstances the host country will recognize a choice-of-law provision.

Most U.S. companies will try to impose U.S. choice-of-law provisions in their expatriate agreements, likely asking employees to waive local protections given that laws in many non-U.S. host nationals favor the employee. Despite this waiver, throughout Europe, the local laws of the country where the expatriate is performing the work will generally control the employment relationship, and local protections cannot be waived. This is particularly important for U.S. expatriates living abroad whose agreements define them as at-will employees – they may leave behind their at-will status and enjoy the employee protections of the host country.

Choice of law provisions and how they are construed may ultimately determine whether an entire employment agreement is enforceable. While expatriate contracts usually call for the law of the home country to apply, contract provisions can be superseded by employee protections in the host country, such as local statutes governing vacation, severance, mandatory notice, and restrictive covenants.

Ambiguity and uncertainty when interpreting choice of law elections can be unsettling for expats, especially when litigation occurs after they separate from an employer. Although the local court may rule that the host country’s more employee-friendly laws apply, the employment agreement may be impossible to enforce if the expat remains abroad. One clear exception to this principle is when the issue concerns a benefit or obligation guided by reciprocal treaties pertaining to social security, taxation, or other issues. Other exceptions apply to highly compensated employees whose benefits and compensation are greater than what local protections offer.

Anyone considering an overseas posting or secondment assignment should seek counsel from an attorney experienced in extraterritorial employment concerns. For multinational employees, negotiating the most favorable choice of law provision requires a sophisticated knowledge of the host country’s mandatory protections and case law in a particular jurisdiction. Rather than a blanket choice of law election, choosing different laws for different contract terms may address the needs of both the employer and employee.

Determining which law applies to an employment dispute differs from determining the forum where the lawsuit will be litigated.

Take, for example, a wrongful termination suit brought in an Italian court by a U.S. expat dismissed by an Italian subsidiary of a U.S. corporation. The expatriate agreement provided that U.S. law would govern and that any disputes arising under the contract would be litigated in New York. Rejecting both the choice of law and forum provisions in favor of the expat (still living in Rome and working for a new employer), the court rules that litigation will proceed in Italy under Italian law.

This scenario is not implausible. Many countries outside of the U.S. do not accept an employer’s choice of jurisdiction even if it was agreed to in advance by both parties. The circumstances surrounding the choice of jurisdiction by the parties at the beginning of the employment relationship may also change as time goes on depending on the length of the assignment abroad and under what circumstances the employment relationship ended.

Returning to the example, the U.S. expat may not have the practical means to meet the jurisdictional requirement due to the cost of travel to New York and adequate legal representation there. The Italian court properly weighed the employee’s needs in its ruling that New York jurisdiction is unenforceable.

The European View on Recognizing and Enforcing Jurisdiction

Under Article 17 of the Brussels Convention on Enforcement of Judgments in Civil and Commercial Matters of September 27, 1968, employers can invoke jurisdictional clauses only if those clauses are signed after a dispute has arisen, but employees can invoke the clause even if it was signed before the dispute. It also provides that jurisdiction is conferred on the court of the country in which the defendant employer resides, so the court of the country in which the employer’s offices are located generally would have jurisdiction. Courts may nevertheless recognize a fairly-bargained jurisdiction if the ruling would not be manifestly contrary to public policy. The basic principle of the Brussels Convention is that jurisdiction is exercised by the member state in which the defendant is domiciled, regardless of nationality.

European Union Regulation No. 44/2001, enacted in 2002, contravenes the Brussels Convention. Under Section 5, the Regulation gives an employee the choice to sue the employer in a court:

The employer does not have any choice as to jurisdiction and can only bring proceedings in a court of the member state in which the employee is domiciled.

Although the uncertainty of time and location surrounding the expatriate assignment may warrant the U.S. employer to always choose U.S. jurisdiction, an employee if in the E.U. or U.K. will almost always have the choice of whether to seek jurisdiction under European law or file suit in the U.S. Many employers try to circumvent this option by repatriating a U.S. citizen before severing the employment relationship, thus ensuring the best chance of U.S. jurisdiction if the employee brings a claim.

While parties are free to agree on a specific forum, court, or mechanism for dispute resolution, a specific court may not have the power to adjudicate the dispute. In many parts of the world, for example, U.S. mechanisms for dispute resolution may not even exist. Also, in some foreign jurisdictions, the civil procedures of the nominated jurisdiction will be applied to identify the appropriate court or forum that will resolve the dispute. This ultimately may supersede the choice of the parties and result in litigation in a forum unfavorable to both parties.