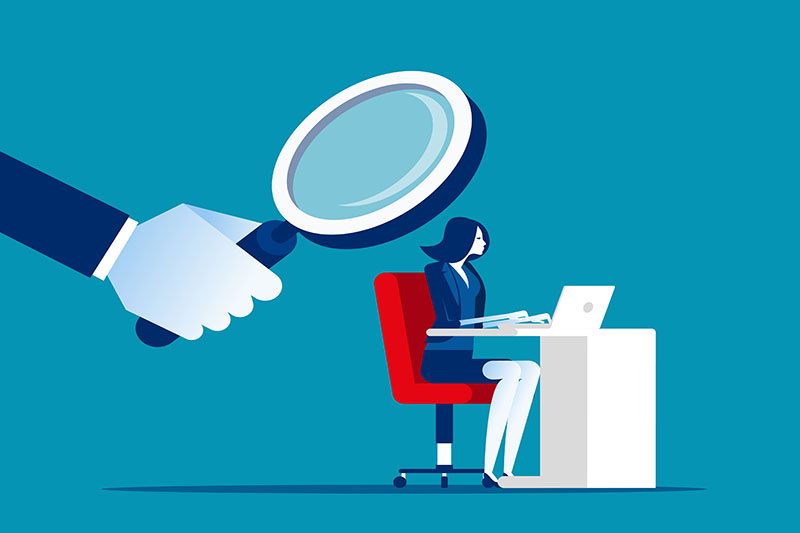 When lawsuits over employment disputes go to trial in France’s Labor Court trials, the parties usually submit proof to prosecute or defend the allegations. But by what standard do the Labor Courts determine the admissibility of the evidence presented?

Under French law, the principle is that all evidence in civil trials is acceptable. However, that assumes that the evidence is lawful, meaning it must have been obtained and used fairly at all stages. If a party cannot demonstrate to the Court that it collected and used the evidence lawfully, the evidence will be ruled inadmissible from the proceedings.

Evidence obtained clandestinely or by invading an employee’s privacy often come under scrutiny.

In a 1991 decision, a Labor Court found that if the employer has the right to control and monitor an employee’s activity during work hours, any recording of the employee’s images or words, taken by the employer without the employee’s knowledge, is considered inadmissible evidence. Courts have repeatedly followed this rule since then, rejecting proof obtained by clandestine recordings.

Like the secret recordings, the Labor Courts have long deemed inadmissible evidence obtained by infringing on one’s privacy – even if the means of accessing the information is lawful. For example, suppose the employer accesses information on the employee’s work computer. If the content is personal and a matter of the employee’s private life, the employer cannot use it against them in a Labor Court proceeding.

This rule was expressly stated in a 2011 opinion. In that case, the employer retrieved emails from the employee’s computer that contained private love notes and personal correspondence. The Labor Court found that because the employee had a right to privacy, even at his workplace, the employer could not use his personal information against him, even if the evidence is overwhelming.

But last year, the French Supreme Court changed its position, limiting an employee’s right to privacy at work and opening the door for employees to submit personal information as evidence.

On September 30, 2020, the Supreme Court issued an opinion in a wrongful dismissal action. The employer argued the dismissal was justified; the employee revealed the company’s trade secrets by publishing on her personal Facebook account photos of products not yet released to the public.

Two months later, on November 25, 2020, the French Supreme Court followed its earlier precedent, finding that data obtained illicitly by an employer could be admitted as evidence justifying the dismissal of an employee for serious misconduct. The case involved the production of log files and IP addresses that showed the employee sent inappropriate messages. The Court acknowledged that the IP addresses are personal data protected by the GDPR but that the unlawful collection of the evidence did make it inadmissible.

The ruling set forth a test to determine the admissibility of an employee’s personal data in a workplace dispute, leaving it to the Labor Court judge to weigh:

By assessing these considerations, the judge may determine if the admission of personal data as evidence undermines the fairness of the proceedings as a whole.

These decisions from the French Supreme Court are not surprising, given other rulings from the European Court of Human Rights regarding Articles 6 and 8 of the European Convention on Human Rights and Fundamental Freedoms. In particular, two opinions – Barbulescu and Lopez Ribalda – found that the means of proof, although obtained in a manner that infringed on the employee’s right to privacy under Article 8 of the Convention, were properly admitted to protect the right to a fair trial and the resulting right to evidence.

Given these recent decisions, it is therefore likely in the coming months that several litigants will attempt to introduce clandestine recordings as evidence in Labor Court trials, whether to demonstrate the unlawfulness of a dismissal or moral harassment. Those trials may then take a new turn.