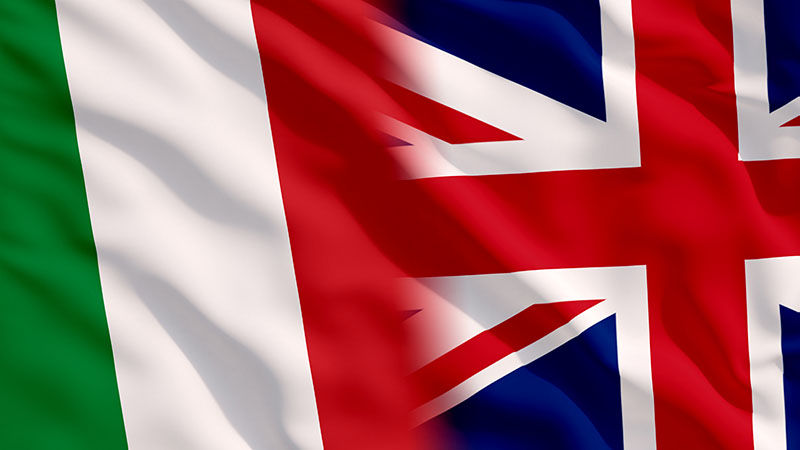 On 31 January 2020, the UK officially left the European Union. In the next year, some of the UK’s labor and employment policies will change, posing new considerations for employers and employees alike. Until 31 December 2020, the UK will be in a “transition period” where current EU legislation will still apply until the UK has negotiated new agreements with the EU. This document outlines how employment rights for UK citizens living in Italy will be impacted both during and after the transition period.

British citizens wanting to work in Italy should be aware of the imminent changes to immigration and visa processes that will soon occur. During the Brexit transition period, it is suggested by the UK government that UK citizens living in Italy make sure their passports are valid and registered with their local Italian municipality.

Different registration documents exist depending on one’s status within Italy, and British citizens should obtain the documents that best define their status in Italy. These types of documents are below:

If an individual has already obtained one of these residence documents, they may need to apply for a new one altogether during the transition period that will continue to be valid after 31 December 2020.

As it currently stands, under the EC Regulation n. 593/2008 Article 8, an employment contract is governed by the legal system that two parties agree to follow. However, the law that is chosen by both parties must not intentionally deprive an individual of their rights just for the sake of favoring the employer. In the absence of choice, a contract is governed by the country in which an employee regularly works. Otherwise, it is regulated in the country where the employee has been hired.

However, if the contract has a “closer connection” with the other state, then the other country’s rules may apply. For example, a British company doing business in Italy may follow Italian employment law if the employee or employer is based in Italy, the contract is written in Italian, the currency used is the Euro, or the employee is paid in Italy.

When Should Italian Employment Law Be Followed?

During the Brexit transition period, this law will remain. It is speculated that the Rome Convention will be adopted as a national law in the UK, meaning that this law would also apply indefinitely after the transition period. Based on what is currently known, the contractual rights of employees will not change even with the UK leaving the EU.

Currently, British citizens working in the EU are not required to pay social security fees in the EU country in which they work. Instead, the A1 form provides an exemption for these citizens. Once Britain leaves the EU, however, British employees in the EU may need to pay social security fees twice–once in the UK, and again in their host country. As of now, Italy is expected to take a more adaptable approach to this policy by accepting A1 forms until the end of the transition period.

It is suggested that employers do the following:

During the transition period, UK citizens living in the EU will continue to receive their UK state pensions. Even after this period, this policy may remain in Italy. The expected pension increase in the UK will also apply to ex-pats.

In the EU, overtime pay and working hours will remain the same as before. Employees may not work more than 48 hours per week without an explicit contract between the employer and employee. For full information, click here.

Human resource professionals are encouraged to become involved with this process as well to ensure that British employees are allowed to work in Europe legally. Below is a list of considerations for employers before the end of the transition period.

The UK and EU currently have very different systems for establishing employee ownership in a company. A standardized system across European nations exists; however, this system does not operate the same for international workers. It is suspected that it will be more difficult for UK companies to offer stock option plans to employees working throughout Europe as reporting requirements could become more complicated and costly. Employers should wait until international agreements are negotiated before deciding which employees will be receiving international stock option plans.

As of now, posted workers are protected under whichever country’s employment laws are stronger. These laws apply to safety and health at work, working hours, salary requirements, and discrimination claims. It is unclear how this will change after the transition period, but even without a deal, it is speculated that this law will still apply.

Employers should wait for further information from the EU to determine which salary rules should be followed after the transition period.

Employers and employees should keep in mind that it is still illegal to discriminate against an individual applying for a job based on national origin. Employees who feel as though they have been discriminated against during hiring should be in contact with legal help.

Refusing a job to an individual based on their status as a UK citizen is unlawful and will likely lead to a lawsuit. There are ways that employers can prevent intentionally or even unintentional discrimination, such as not creating job postings that are geared towards certain nationalities, training recruiters and HR professionals on how diversity can benefit an organization, and remain informed about employment changes ahead. 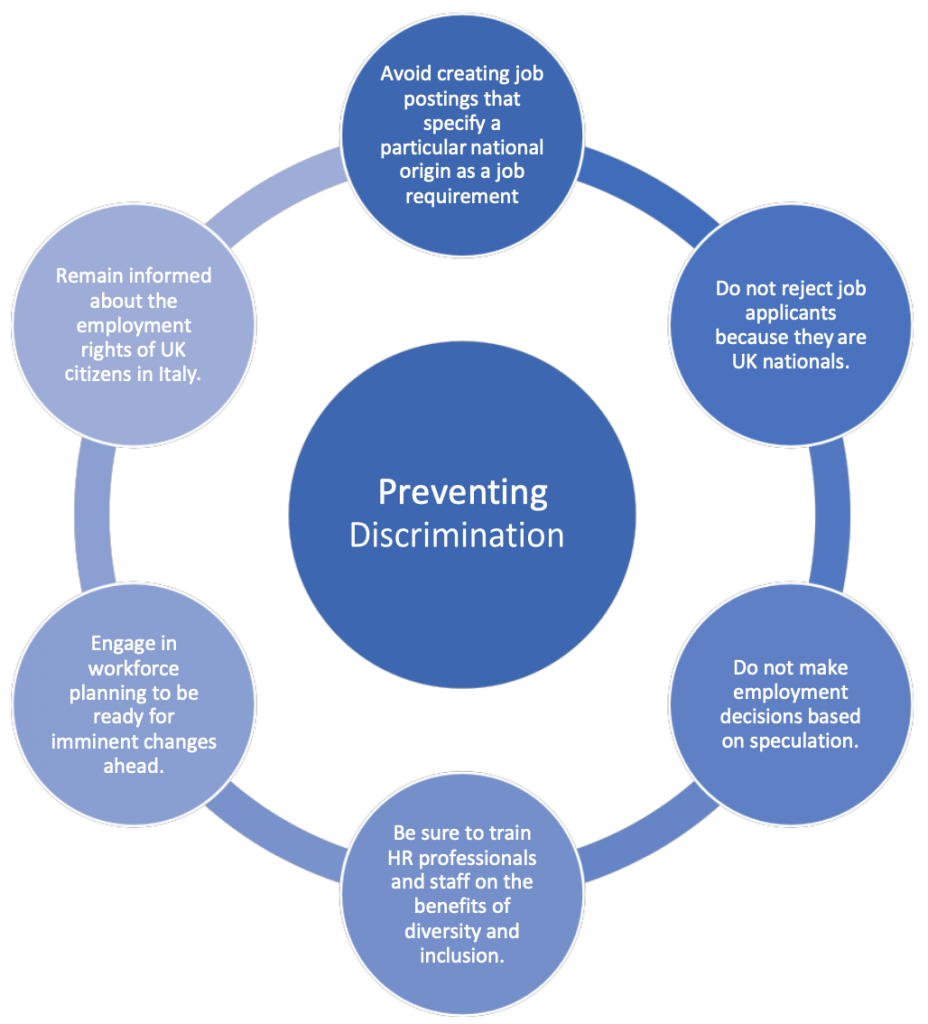 Cristiano Cominotto is a lawyer in Milan who has strong international expertise. He is a recognized speaker and an active member of the American Bar Association, the Co-Chair of the Tax and Legal Committee of the British Chamber of Commerce for Italy, and an active member of LINEE, Lawyers International Network for Employees and Executives. Cristiano is also a journalist with publications in the major newspapers in Italy in the field of labor and employment law.

Juliette Raymond is a rising 4th-year student at Cornell University, where she is majoring in Industrial & Labor Relations and minoring in Design & Environmental Analysis. Her interests lie in labor and employment law, workplace strategy, and international law.