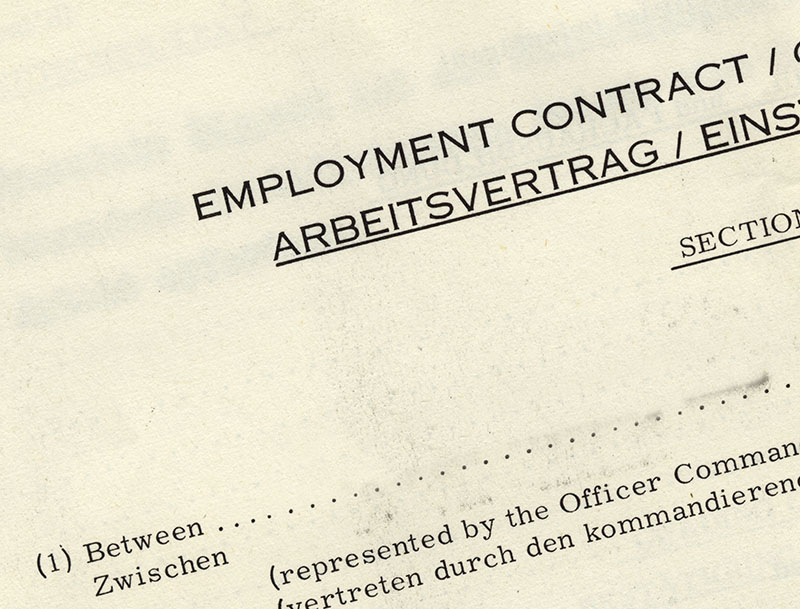 High-level performers significantly contribute to their employer’s business. Because of this, employers frequently include non-competition clauses in employees’ preliminary employment contracts to control their behavior and activities after they leave the company.

With post-contractual non-competition clauses, companies aim to protect themselves against the risk that departing employees who later work for competitors might use valuable knowledge about operations, trade secrets, financial information, or important business contacts to gain an advantage.

In Germany, labor tribunals carefully check preliminary contracts to determine whether non-competition clauses overly restrict employees from pursuing their careers or professional activities, but that doesn’t mean such agreements are unenforceable.

In a recent decision from the German Federal Labor Court (Bundesarbeitsgericht) – the highest labor court in the country – the parties had signed an employment contract in which the defendant employer could request that the plaintiff employee agree to be subject to a non-competition restriction for up to two years following his separation from the defendant employer, as long as the request was made before either party terminated the employment contract. In exchange for the employee’s agreement not to compete with the company, the company would compensate him. Later, the employer legally terminated the employee, and the employee sought payment of compensation.

The enforceability of non-competition agreements in an expatriate worker’s home country may be different under German law, so expats are advised to closely read their employment contracts before signing any documentation to determine if they are obligated to agree to any post-contractual restrictions or non-competition clauses.