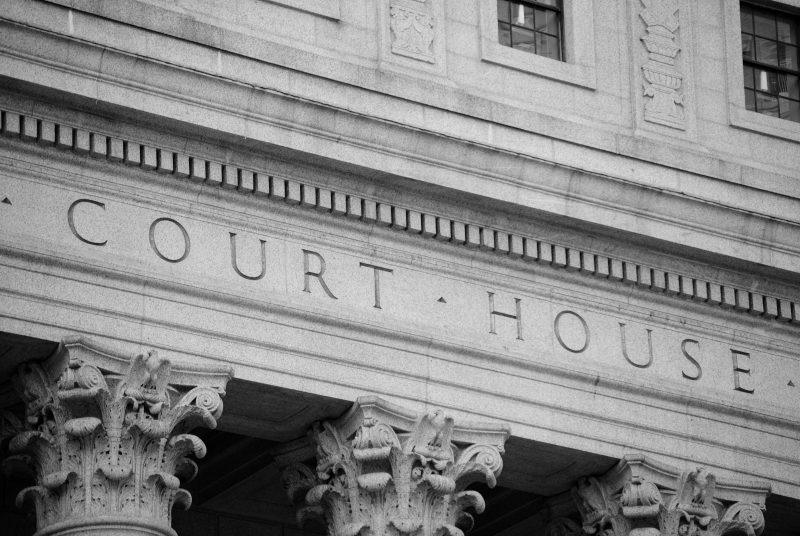 For employees who work in or have connections with several different countries, it can be difficult to figure out which country’s laws and courts offer protection in an employment dispute. In some cases, the employee may even have a choice between different jurisdictions.

This factsheet summarizes the key issues involved in deciding what rights or claims an international employee may have in the United States (US). Please note that while many aspects of US employment law are governed by federal laws, many important aspects vary considerably state-by-state. Thus, an employee’s overall position will often depend on the state of employment.

In the US, federal, state, and local statutes regulate the employment relationship, as well as common law principles that govern issues related to contracts, torts, and fiduciary duties. The extent to which an employee can bring a claim or have legal protection in the US will depend on the type of claim involved and where the claim is being brought.

Claims related to contract, torts, and fiduciary duties are governed by US common law, which is based on precedent rather than statute. Claims related to restrictive covenants fall into this category. A “statutory” claim is one that comes from legislation enacted by the governments, such as claims of discrimination or retaliation.

1. Legal Claims in the US Generally

The US has no special tribunals for employment disputes, unlike many other countries. Instead, most such disputes are litigated in federal or state civil courts. Contract claims cannot proceed in federal court unless each party is from a different state or country and the person bringing the claim is asking for at least $75,000 in money damages. Federal statutory claims can be brought in federal court without regard to these factors because they arise under federal law.

Some disputes are handled by specialized administrative agencies of federal, state, or local governments relating to specific statutory rights. In addition, unlike many countries, many employment disputes in the US are resolved through arbitration, typically as a result of employer-imposed arbitration agreements. Each type of claim available in the US has a window of time in which it must be filed, which period often varies by state. Some relevant time limits will be specified below.

US employers do not have to enter into employment contracts with their employees. In most states, the employment relationship is presumed to be “at-will,” which means that the relationship can be terminated for any reason (other than an unlawful reason), with or without cause or notice (except in the event of a mass layoff), at any time by the employee or the employer. Some employees (typically executives and other senior employees) working for US companies negotiate employment agreements that alter the typical at-will employment relationship or that provide protections (such as a notice period and severance pay) in the event of termination.

If a material contract term is breached, an employee can bring a contract claim in state or federal court (assuming diversity of citizenship with respect to the latter). Often, employees coming from abroad to work in the US will enter into a written contract specifying the following non-exhaustive list of material terms:

Each contract will vary depending on the circumstances, and employees should seek counsel to ensure
that all material points have been addressed.

Depending on the nature of the breach, different categories of monetary damages may be available to an employee who brings a contract claim. Compensatory damages are damages for a monetary amount that is intended to compensate the non-breaching party for losses due to the breach, or to “make the injured party whole again.” This includes what the injured party expected to receive from the contract (based on the terms of the contract) and indirect damages that were foreseeable upon entering into the contract.

Punitive damages are intended to punish the breaching party and to deter future breaches by that party.
These are rare in contract cases, though they may be available in certain fraud and tort causes of action
that overlap with contract law.

Liquidated damages are specifically provided for in the contract and are more likely available to
employers than employees. These are available when damages may be hard to foresee and must be a
fair estimate of what damages might be in case of breach. In the employment context, a liquidated
damages provision is sometimes used by employers in an effort to ensure compliance with restrictive
covenants by establishing a predetermined penalty upon breach. If the contractual amount is
unreasonable, however, a court will not hesitate to strike it down.

Post-employment restrictions often are found in executive-level contracts. An employer’s ability to restrict employees’ competition and solicitation activities post-employment varies from state to state. For example, some states, such as California, do not enforce restrictions against competition. In most states, however, restrictive covenants are lawful and courts view them as enforceable, but only if they prohibit activity necessary to protect a legitimate employer interest for a reasonable amount of time and within a reasonable geographic scope. Most courts attempt to balance the employer’s interest in protecting confidential information and the employee’s interest in earning a living.

Presently, no state law requires an employer to pay its former employees while they are subject to post-employment restrictive covenants.

US courts generally respect the choice of law agreed to by the parties in their contract unless the chosen state has no substantial relationship to the parties, or unless application of the chosen law would be contrary to a fundamental policy of the state in which the claim is brought and which has a material interest in the matter. When a choice-of-law provision is upheld, US courts will hear the case and apply the chosen law.

The statutes that are most relevant to employees working in the US are those that prohibit employer discrimination and retaliation. US statutes prohibit discrimination against employees based on such categories as race, national origin, religion, sex, age, disability, and sexual orientation (in some states). The US also has statutes prohibiting retaliation against employees for certain protected conduct, including complaining about unlawful discrimination or blowing the whistle on certain illegal, unsafe, or fraudulent conduct by the employer. US statutes also cover such things as workplace safety and working conditions,
pensions and other employee benefits, as well as many other aspects of compensation (such as when and how wages are paid).

a. Application of US Statutory Laws

US statutory laws apply to all employees working in the US, without regard to the origin or parent or the employer. This includes US anti-discrimination and anti-retaliation statutes, with very few exceptions. For example, one narrow exception allows a foreign employer to “discriminate” in favor of nationals from the country of the employer for certain confidential or senior positions in the US.

The main federal laws on discrimination are:

To demonstrate discrimination, an employee must establish a connection between an adverse employment action (such as termination of employment or denial of promotion) and a protected status, such as race or sex. An employee can establish this connection by showing that he or she is treated differently because of an illegal criterion or that an employment practice that appears neutral is discriminatory in operation. All of the anti-discrimination statutes also prohibit harassment of individuals on the basis of their protected status. Finally, the ADA, the ADEA, GINA, and Title VII prohibit employers from retaliating against employees for filing employment discrimination charges or assisting others in filing them, and for complaining about or otherwise opposing unlawful employment practices.

The American Recovery and Reinvestment Act 2009 (ARRA) contains protections for public and private employees of employers receiving recovery funds who report on gross mismanagement or waste of covered funds, public health or safety risks, or violations of laws or regulations relating to the grant of the funds.

Most states also have whistleblower statutes prohibiting employers from retaliating against employees who report to public bodies on matters of public concern, such as illegal, unsafe, or fraudulent practices.

Time limits for filing statutory claims vary depending on the statute. Importantly, some statutes require that individuals meet certain prerequisites before they can file a lawsuit. For example, a charge of employment discrimination must be filed with the appropriate federal or state administrative agency within 300 days of the date the discrimination occurred; in some states, that deadline is only 180 days. To bring a claim under SOX, employees must file a complaint with the Department of Labor within 180 days.

Executives should seek counsel to determine which time limits apply and which administrative agency, if
any, is the appropriate place to file.

Compensatory and punitive damages may be awarded in cases involving intentional discrimination based on a person’s race, color, national origin, sex, pregnancy, religion, disability, or genetic information. In this context, compensatory damages reimburse victims for out-of-pocket expenses caused by the discrimination (such as costs associated with a job search or medical expenses) and compensate them for any emotional harm suffered (such as mental anguish, inconvenience, or loss of enjoyment of life). Attorneys’ fees also may be recovered with respect to these types of claims.

Punitive damages also may be awarded to punish an employer who has committed an especially malicious or reckless act of discrimination.

Most federal anti-discrimination laws limit the amount of compensatory and punitive damages a person
can recover, depending on the size of the employer:

With respect to whistleblower claims, the damages vary depending on the statute. An individual who prevails in a whistleblower action may be awarded reinstatement, back pay with interest, and compensation for any special damages sustained as result of the discharge or discrimination, including litigation costs and reasonable attorneys’ fees.

f. Extraterritorial Application of US Laws

A range of rights and legal options are available to international employees under US law.

For an initial discussion, with no obligations, please contact us as set out below.

This factsheet is intended for general information purposes only and not as a substitute for legal advice specific to an individual’s circumstances. Please contact us for particularized advice.

This factsheet is correct as of April 2013.