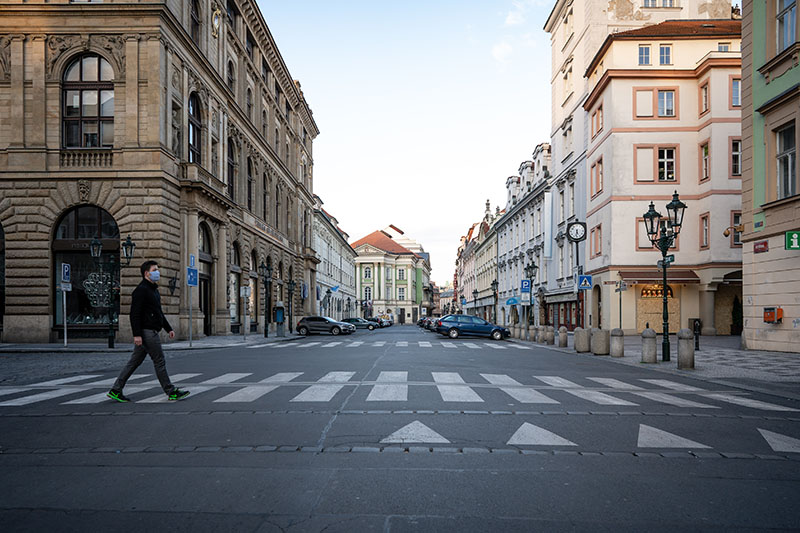 The severe economic crisis caused by the coronavirus emergency has placed national governments at a crossroad, forcing them to determine whether it is more appropriate to protect the needs of entrepreneurs or workers. The first choice would allow employers to exercise provisions in Italy regarding an employee’s dismissal if a company is in economic difficulty. In the second scenario, the government could defend employees by adopting measures to stem what, in times of economic hardship, can be considered a natural increase in the unemployment rate.

Faced with this issue, the major industrialized countries have not moved in a single direction. Within Europe, it is possible to distinguish between countries such as Germany and the United Kingdom that have decided not to impose any prohibition on dismissal, and nations with a more “socialist” tradition such as France and Spain that have instead placed limitations on firing employees (without, however, providing any ban on redundancies in the strict sense).

Considered in this framework, Italy appears isolated. Since the beginning of the pandemic, the Italian government has chosen to proceed with freezing layoffs for economic reasons until 17 August 2020, with the enactment of the “Cura Italia Decree.”

This decree has aroused ambivalent reactions. Some commentators have considered laudable the government’s determination to avoid job losses. But several economists have sided in open dissent of the measure, arguing it undermines companies’ ability to survive because, at the expiry of the ban, there will be more dismissals than by immediately eliminating the redundancies. The provision was also subject to censures of constitutionality by those who argued it unreasonably compressed the right of economic initiative enshrined in Article 41 of the Constitution.

As anticipated, however, the Cura Italia Decree measures were scheduled to expire on 17 August 2020. By then, the government should have decided whether to extend the provision. But the majority was divided among the political parties: 5 Star Movement and LeU favored an extension until 31 December, while Democratic Party and Italia Viva were more reluctant to the hypothesis, proposing to stop the measure on October 15 along with the state of emergency. It should also be noted the major trade union confederations of workers said they were in favor of an extension until the end of the year. At the same time, Confindustria (the primary association representing manufacturing and service companies in Italy) believed that leaving more freedom to entrepreneurs was a better option.

The solution adopted by Article 14 of the D.L. 104/2020 (“August Decree”) was undoubtedly a compromise. The Italian government overcame the “generalized” prohibition of dismissal and brought Italy closer to other European countries’ positions. A stopping of layoffs continues, but there is no longer a single deadline for all companies; instead, there is a variable ban. Limitations on firing will last until introduced by Article 3 of the August Decree for those employers who opt for the social safety net.

In any case, after a careful reading of Article 14, the new ban on dismissal for economic reasons has a maximum duration – the deadline for taking advantage of the redundancy fund and the alternative contribution exemption is the 31st of December 2020. Moreover, a literal interpretation of the provision leads to the belief that for those employers who have used none of the measures provided by the government to contain the cost of labor, the prohibition of dismissal will remain in force until 31 December 2020.

Article 14 provides explicit exceptions for companies that benefit from layoff or contribution relief:

Lastly, the ban continues to exclude these situations:

The situation changed one more time on 28th October, with the signing of the D.L. 137/2020 (“Ristori Decree”), which extends the prohibition of dismissal until 31st January 2021. The new Decree also contains an extension of six weeks of the redundancy fund, to avail between 16th November 2020 and 31st January 2021. After a few days, the Italian Premier announced the ban would be extended until 31st March 2021, as well as the possibility to access the redundancy fund, which will be free for every company.

The novelty of the “Ristori Decree” is that it restores the prohibition of dismissal for all the companies, no matter if the company has fully benefited from the redundancy fund or the payment exemption of social security contributions.

As far as managers are concerned, however, it should be noted the ban cannot be applied to them. In fact, this particular category of employment contracts is regulated by article 2118 cc, which does not include the duty to justify the dismissal. To underline, though, that the collective bargaining related to this category does require the dismissal to be motivated. This means that, when valid grounds are missing, the employer is liable to pay a penalty to the fired manager.

Foreign citizens working in expatriate assignments for multinational companies doing business in Italy should be aware of these protections, as their employers may be subject to the ban on dismissals. If you are in an expat posting in Italy and have questions about your employment rights, please contact us to discuss your circumstances.